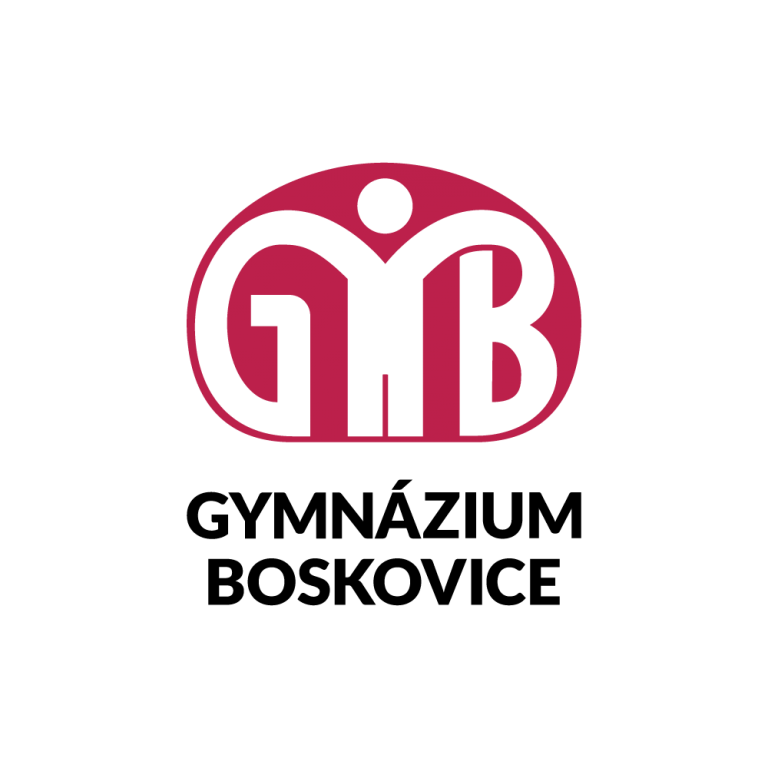 Two weeks ago we started packing for a trip to the Czech Republic, without that much knowledge about the trip at all. We had heard about Boskovice and Prague many times back in 2019, but over the three years in between the two meetings it had all turned into vague memories. Yet we were all very excited to visit the country, and when we arrived at Schiphol at 4.30 we couldn’t wait to see all the students again.

We arrived in Prague early in the morning, even though it felt like it had been ages already. Half of the students were wearing gray, which wasn’t something we had spoken about beforehand, but in the words of the students it was “just the airport fit, you know?”. After lunch we immediately started exploring the city. Prague is way bigger than Amsterdam, so there was enough to see. Luckily all the Czech students prepared something to tell us, and they presented the Old Royal Route, the Old Town and the Old Town Square to us. Afterwards we went on a boat trip, just around the time that it started getting colder and raining. We saw the Charles Bridge four times that day.

On day two we had a lot to do. We started off at the Petřín Lookout Tower, and made our way down the hill for lunch afterwards. In the afternoon we visited Prague castle, and rushed through it to see everything. In the Golden Lane the Czech students started giggling. “You know, this is exactly what my house looks like!” they said. After laughing at the Dutch students they added “50 years ago! Did you really believe me?” Well, maybe we did? In the evening we ate together in a Czech specialized restaurant. Even though the food looked questionable to the Dutch students, it was a surprisingly good and fun meal.

Day 3 was our last day in Prague. We started off at the museum of illusions, where we took many pictures. Some students were dying on the Titanic, other students grew about twice their actual height, and some even got captured in the middle ages… After this adventure we went to the National Museum, a huge building with beautiful architecture. There was something fun to see for everyone. After we collected our luggage from the hostel we went to the station where we were going to take the train. Three hours later we arrived in Boskovice, where we all went to our guest families.

When I woke up on the fourth day, my phone had exploded with messages. “Guys, look what I have! Slippers!” The group chat was filled with pictures of the Dutch students wearing the slippers that they got from the Czech students. We went to the gymnasium today, and the Czech students all prepared some food, so we could have breakfast together. We got a tour through the school, and followed a science lesson. Of course the highlight of the show was Miles’ singing, we have known for years he has a great talent… After the school visit we went to the Jewish synagogue, and also visited one of the bathhouses. In the afternoon we played a game of football, Czech against the Netherlands, and after dinner we played lasergaming. The big winners of the day: Ondra and Mette!

On day 5 we woke up early to go to Brno. We went to the Tutanchamon exhibition, where we learned all about the Egyptians. We got an audio guide in English to lead us around, and after about an hour of walking through the museum, looking at golden statues, and laughing at the weird British accent of the audio guide we left to get lunch. In the afternoon we went by tram to the Jumping park, where we played dodgeball, basketball, jumped… and almost drowned in the foam pit. We took the train back home, and everyone had dinner on their own. In the evening we went to Karolína’s house, and we played games and sang karaoke.

Friday was our last full day. We woke up early again, and traveled to Skalní Mlýn, where we got a tour through the caves by Klára. When we got asked what language we wanted the audio guide to be in we chose Dutch, so apart from the actual audio guide the cave got filled with the sound of giggling Czech as well. Afterwards we walked up a hill, not a mountain, and we got lunch. Today was the big day: we were trying fried cheese. A lot of struggling with finishing the meal later we walked back down the hill, and had some nice chats. When we got down we said goodbye to each other again, and went our separate ways.

Waking up at 3 in the morning is never fun, but this Saturday it hit way harder. We met in front of the school, and had to say goodbye to everyone. At the time I said I would cry the entire way home but sitting in the bus, the airplane and the car back home, I never shed a tear. I quickly found out the reason why: I had so much fun! Riding back I could only think of watching opera with Justýna, getting a mushroom shoved in my face by Vojta, sharing ice cream with Zuzka, singing and dancing with Adam, sharing wise nose facts with Maxmilián, running to the bus with Eliška and Barbora, laughing with Karolína and Nátalie, eating pie with Kristyna, chatting with Ondra, and chilling in the park with Klára. Thank you Justýna, Vojta, Zuzka, Adam, Maximilián, Eliška, Barbora, Karolína, Natálie, Kristýna, Ondra, Klára, Prague, Boskovice and of course the Gymnázium Boskovice for a lovely week, and I hope to see you again sometime. Greetings from Amsterdam! 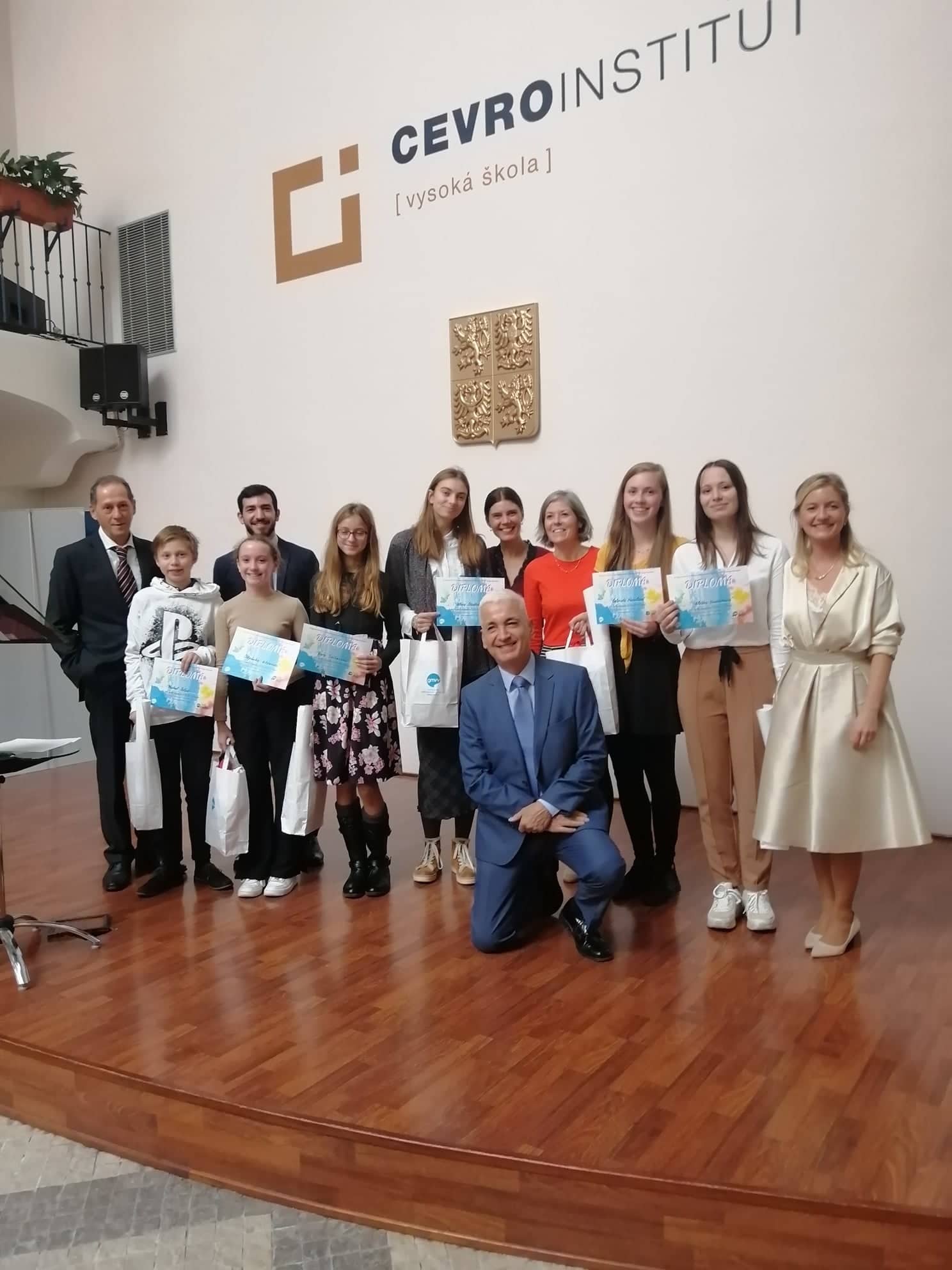 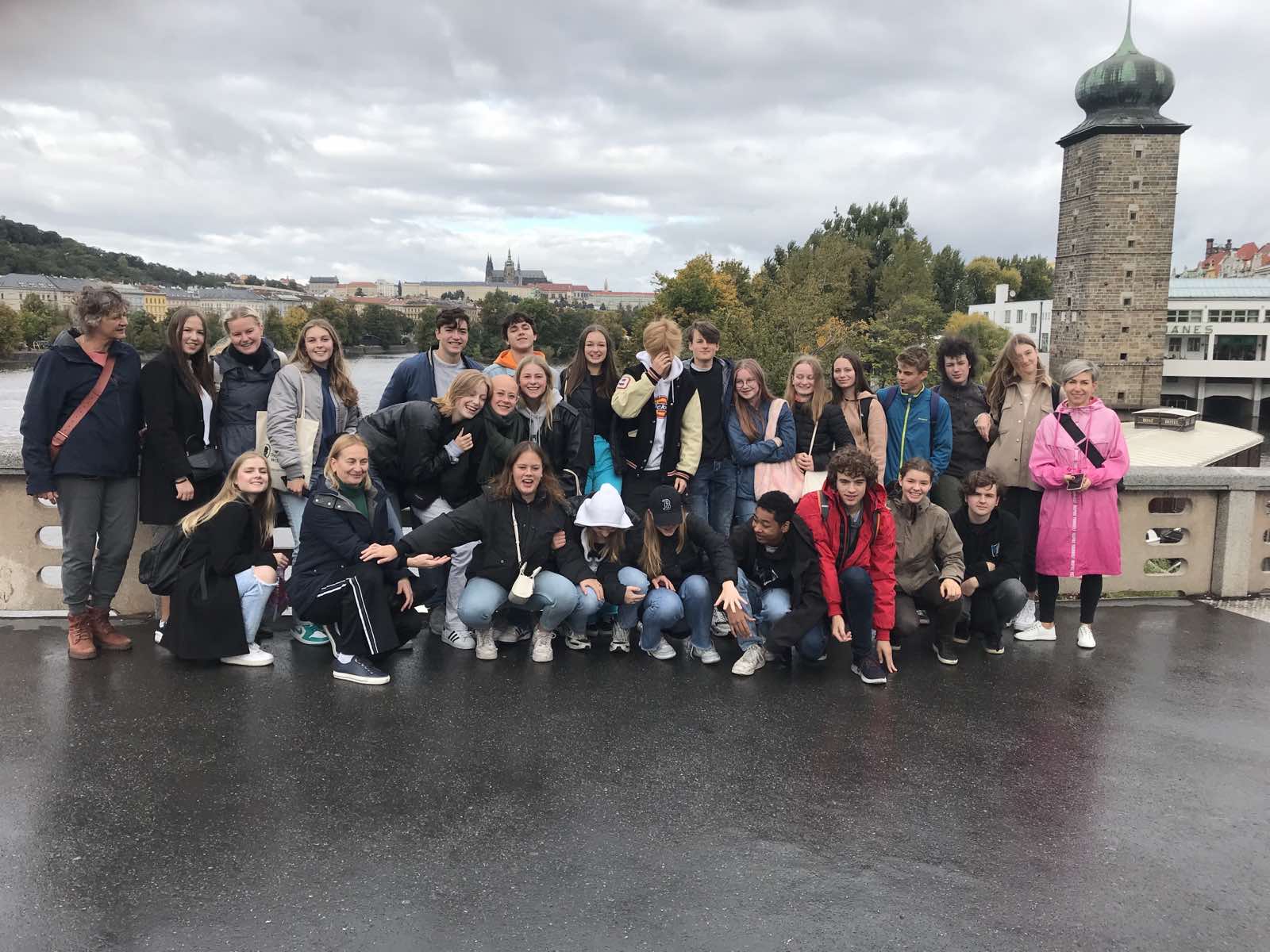 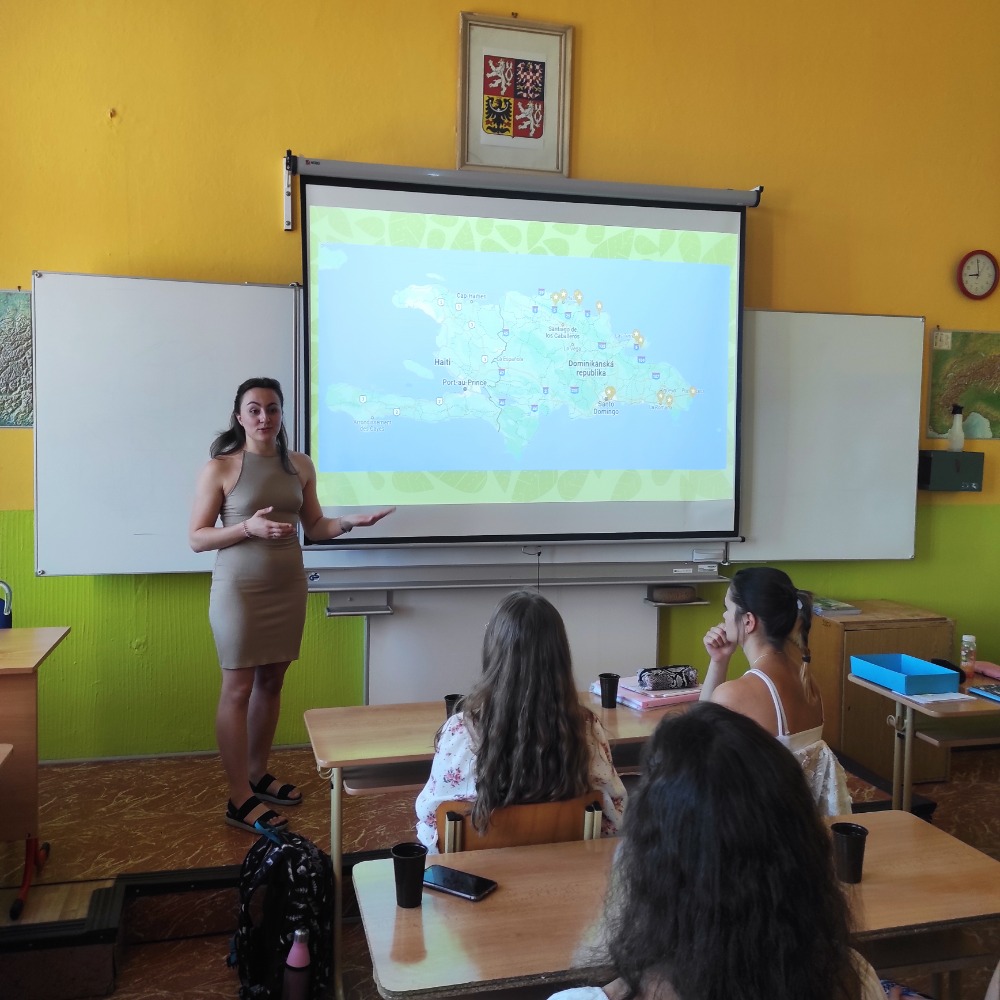